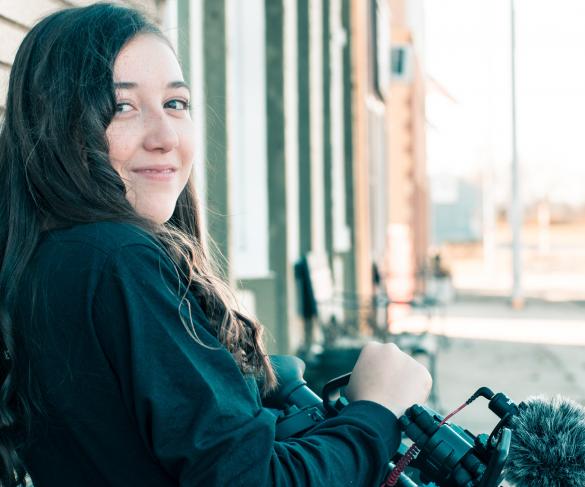 In recent years, there has been a growing conversation about women’s equality within the film and television industry, with particular attention being drawn to the opportunities available for female film directors.

Despite the public discussion and campaigns, women are still underrepresented by Hollywood.

A 2018 survey conducted by Martha Lauzen, Executive Director of the Center for the Study of Women in Television & Film at San Diego State University, evidenced that of the top 250 feature films released in the USA only 8% were directed by women, down 3% from the previous year.

There were no female nominees in the ‘Best Director’ category at the Academy Awards, Golden Globes, Critics Choice Awards or the BAFTAs in 2019. Disappointingly, in the 91-year history of the Academy Awards, there have only ever been five women nominated in this category, with the sole winner being Kathryn Bigelow with The Hurt Locker in 2010. It is notable that The Hurt Locker was independently produced and directed by Bigelow and hadn’t even recovered its budget by the time of the ceremony.

However, in January 2019, Universal Group became the first major studio to accept the “4% Challenge” initiated by the TIME’S UP and the Annenberg Inclusion Initiative – which declares their commitment to announce a project with a female director on a feature film within the next 18 months.

Six other major studios also followed suit, and the campaign has received further pledges from individuals in the industry, including actress Brie Larson and producer Paul Feig.

Mindy Kaling, perhaps best known for her writing and acting on the US version of The Office, recently had her feature screenwriting debut with Late Night which impressively she also starred in and produced. She chose Nisha Ganatra to direct the film, who at the Los Angeles premiere of the film commented to Variety magazine, “She just put her money where her mouth is. A lot of people talked about inclusion and hiring women directors and hiring directors of colour, [but] very few are actually doing it. And Mindy did it on her first movie out. She could have gone with that really experienced white dude, but she didn’t, and that says a lot.”

How films are released is also changing, with streaming platforms offering alternative avenues for distribution. Back in 2010, Netflix produced zero films with female directors – however, in 2018, the percentage of Netflix Original Films directed by women had increased to 36%.

Organisations such as Women in Film & Television (UK) are essential progress within the industry. Their current mentor scheme line-up includes Sarah Gavron who directed the 2015 film Suffragette starring Carey Mulligan, Helena Bonham Carter and Meryl Streep. Having access to female role models who can pass along skills and experience is invaluable for aspiring directors.

With the promised backing from studios and influential individuals, and with continuing public campaigning and support, we can expect to see tangible progress in the next few years.