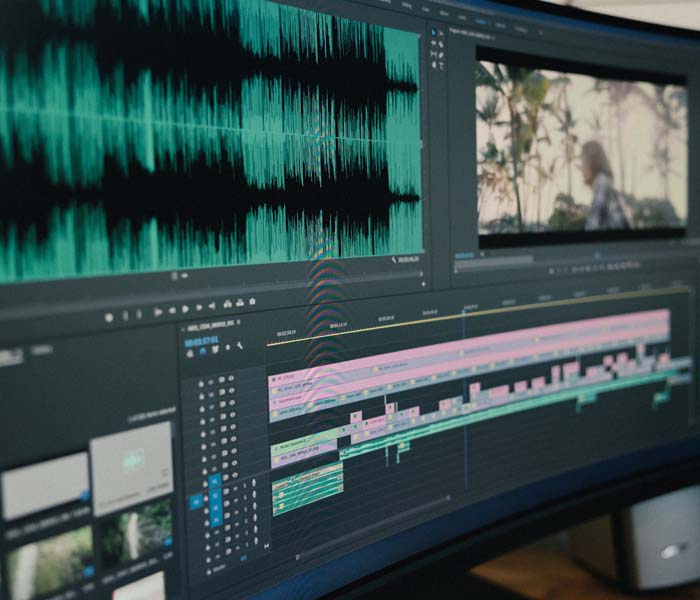 You have been on an incredible journey at Featuristic, tell us how it started and what you have been up to?

Featuristic Films was founded in 2016 and the first project I produced for the company was James Kermack’s debut feature ‘Hi-Lo Joe’ which premiered at Dinard Film Festival. My working relationship with James quickly evolved and he became a partner at the company, overseeing development.

Over the course of the past five years, we’ve produced seven features including ‘The Sonata’ starring the late Rutger Hauer, James’ sophomore feature ‘Knuckledust’, which landed an Irish Film & Television Academy award nomination for Moe Dunford as a lead actor and was acquired by Hulu and Sky Cinema through a multi-territory distribution deal with Samuel Goldwyn Films, and the feature documentary ‘Laurent Garnier: Off the Record’, sold by Anton and which had its world premiere at Copenhagen International Documentary Festival this year and is continuing its fantastic festival circuit with selections at Edinburgh and Karlovy Vary International Film Festivals.

This year, we have managed to keep busy despite the ongoing pandemic. We just wrapped a powerful feature documentary in Afghanistan co-directed by James Glancy and Marty Stalker (Netflix’s Hostage to the Devil). We are also entering pre-production in September for our next feature, a survival thriller set in Canada.

What do you look for in scripts?

We have an eclectic slate which reflects our personal taste. James and I have to be completely on board creatively to commit to a project. We like disruptive films and tend to support filmmakers with a bold vision. I hardly read anything. James is assessing all material and only gives to me to read what he thinks could be interesting (but I think he’s going to need some help very soon as submissions are growing in numbers!). Ultimately, the right project has to be the perfect balance between what we stand for creatively and its commercial and international potential. We currently have around 15 projects across film and TV at various stages of development.

What does the future hold for you at Featuristic?

Featuristic is in a period of growth and expansion. Fantastic people have joined the team. We are now producing at least two narrative features a year and around two feature documentaries.

We also very much enjoyed being a co-producer and financier on projects initiated by producers from our network throughout the years such as Helen Simmons who we worked with on ‘Say Your Prayers’, starring Harry Melling, Derek Jacobi and Roger Allam – or Patrick André and Charles Gillibert (the producer of ‘Annette’) for ‘The Royal Exchange’. We are getting more and more involved in finance as our access to funds expands. Our aim is to be able to support more brilliant filmmakers in the near future and also be in a position to self-finance projects from our development slate.

The ultimate goal is to be able to work across all aspects of the production from script to screen and become a more vertically integrated company. This is still the beginning of a long journey but I’m very excited by the potential of these possible future ventures.

If you were to give someone setting up a production company one piece of advice, what would that be?

I think it’s very important to trust your creative instincts and get involved in a project for the right reasons. I always ask myself two things when I consider a project: Would I go and see this in theatres (Netflix and chill is now also an option)? Will I be happy to see this as part of my filmography in 10 years’ time?

I truly believe a producer should build his/her filmography as carefully as a writer or a director. I was offered very interesting projects over the years but, for multiple reasons, I was correct not to take these opportunities at the time. I believe it’s all about making the choices that feel right to you, as your filmography should ultimately be able to represent who you are.

Back to Behind the Scenes: Issue Four